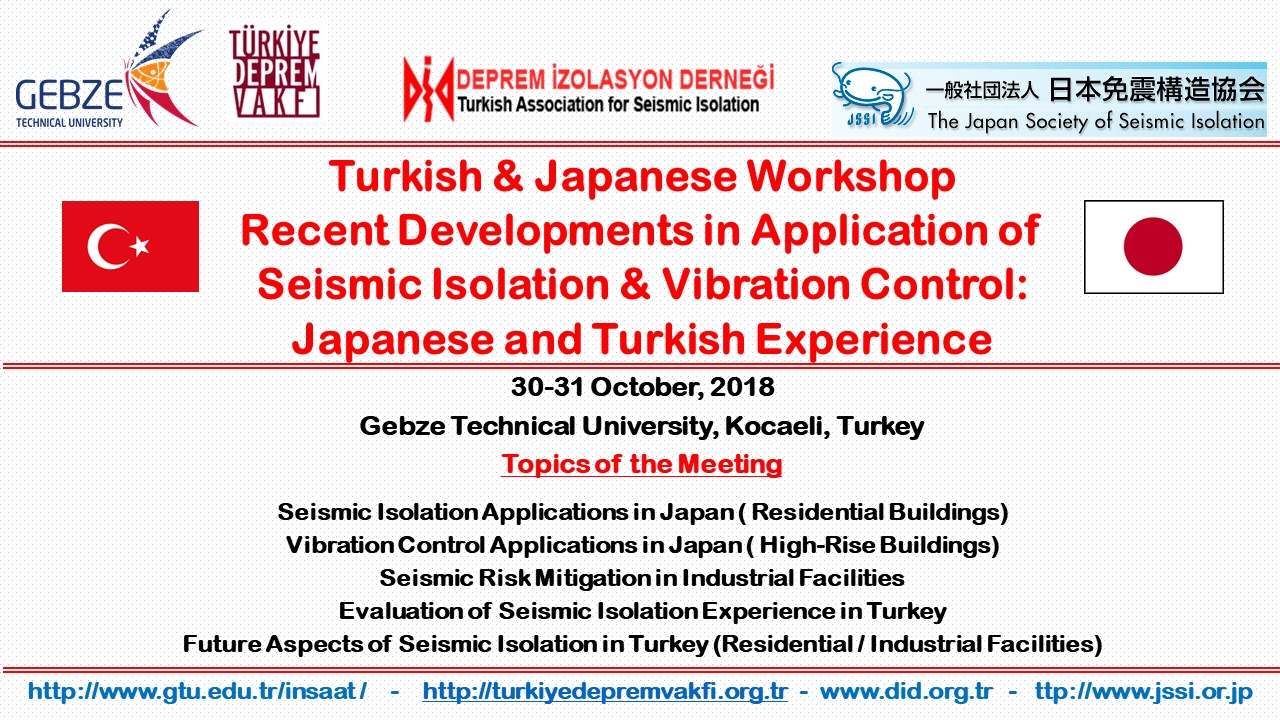 Mustafa Erdik is a Professor Emeritus of Earthquake Engineering at Bogazici University, Istanbul and President of the Turkish Earthquake Foundation. He has received his MSc and PhD degrees from Rice University, USA. He has worked with UN organizations and several international foundations around the world on earthquake engineering problems and has authored about 300 scientific publications. He is the recipient of United Nation's Sasakawa Disaster Prevention Award, NATO’s Science for Peace – Summit Prize, Bruce Bolt Medal given by Earthquake Engineering Research Institute, USA: and the Prof. Nicholas Ambraseys Distinguished Lecture Award given by the European Association for Earthquake Engineering.

Dr. Akira Wada, recipient of the 2011 Fazlur R. Khan Lifetime Achievement Medal and Professor Emeritus of the Tokyo Institute of Technology, is considered to be a Japan’s leading expert  in structural engineering with a specific focus on seismic structural design, base isolation and damping. Dr. Wada’s contributions to the field of science and technology and connections in Japanese academic and government circles make him uniquely qualified to lead and consult on a wide variety of projects.

Since becoming Professor at the Tokyo Institute of Technology in 1989, Dr. Wada has held a number of important positions, including serving as President of ANCER and chairing the CTBUH Japan Chapter since its formation in 2010. In 2014, he was elected President of the Japan Seismic Isolation Association. He also has served as President of the Architectural Institute of Japan (AIJ, 2011.6-2013.5), Member of Science Council of Japan (SCJ, 2005.10-), Representative Director of Japan Academic Network for Disaster Reduction (JANET-DR, 2016.1-).

Professor at Tokyo Institute of Technology (Tokyo, 1989.11-2011.3)
(structural design of architectures and buildings and earthquake engineering)

The Prize of Architectural Institute of Japan for Engineering (2003.5)

The Prize of Architectural Institute of Japan for Research Thesis (1995.5)

Awarded the degree of Bachelor of Engineering

1994: Master of Engineering from Kyushu University

2003-now:  I have been in charge of technical development and technical services at the company for the seismic devices (buckling restrained braces, VE dampers, steel dampers and SSBs).