Thessaloniki 1885-1912, The city and its architecture after the Tanzimat

Thessaloniki at the end of the 19th century - an important commercial port in the eastern Mediterranean and the largest urban center in the region west of Istanbul, was in an especially privileged position to exploit the results of the reforms being introduced across the Ottoman Empire.

The enactment of new building regulations, were creating propitious conditions for a whole series of interventions designed to modernize the functioning of the city and to establish a range of new building types which would meet new functional and housing needs.

In Thessaloniki these interventions took the form, principally, of the demolition of a large section of the city walls, the opening up of new road arteries and widening of existing roads, the construction of a rail network and stations, and of a new port, the creation of infrastructures and urban amenities, and – finally – the expansion of, and the opportunity to re-design the urban fabric. As for the new building types we encounter in the Thessaloniki of this period, especially in the area of public architecture, they might well be described as revolutionary, both in the degree to which they were free of earlier types and forms, and in the new relationship they embodied between size, scale and integration into the urban landscape.

Has taken part in numerous scientific conferences in Greece and abroad and published studies in Greek and foreign books and periodicals. He has worked in the fields of exhibition organization and museology and was member of numerous European Research Programs related to the architectural heritage in the Eastern Mediterranean and Black Sea countries of the 19th-20th centuries. He has taught in Universities in the USA, Canada and France.

In 1999 he was awarded the title of the Chevalier of the Order of Merit of the Italian Republic for his work on 19th century Italian architects in the Ottoman Empire. Since 2012 member of the scientific committee of the European Association for Urban History. 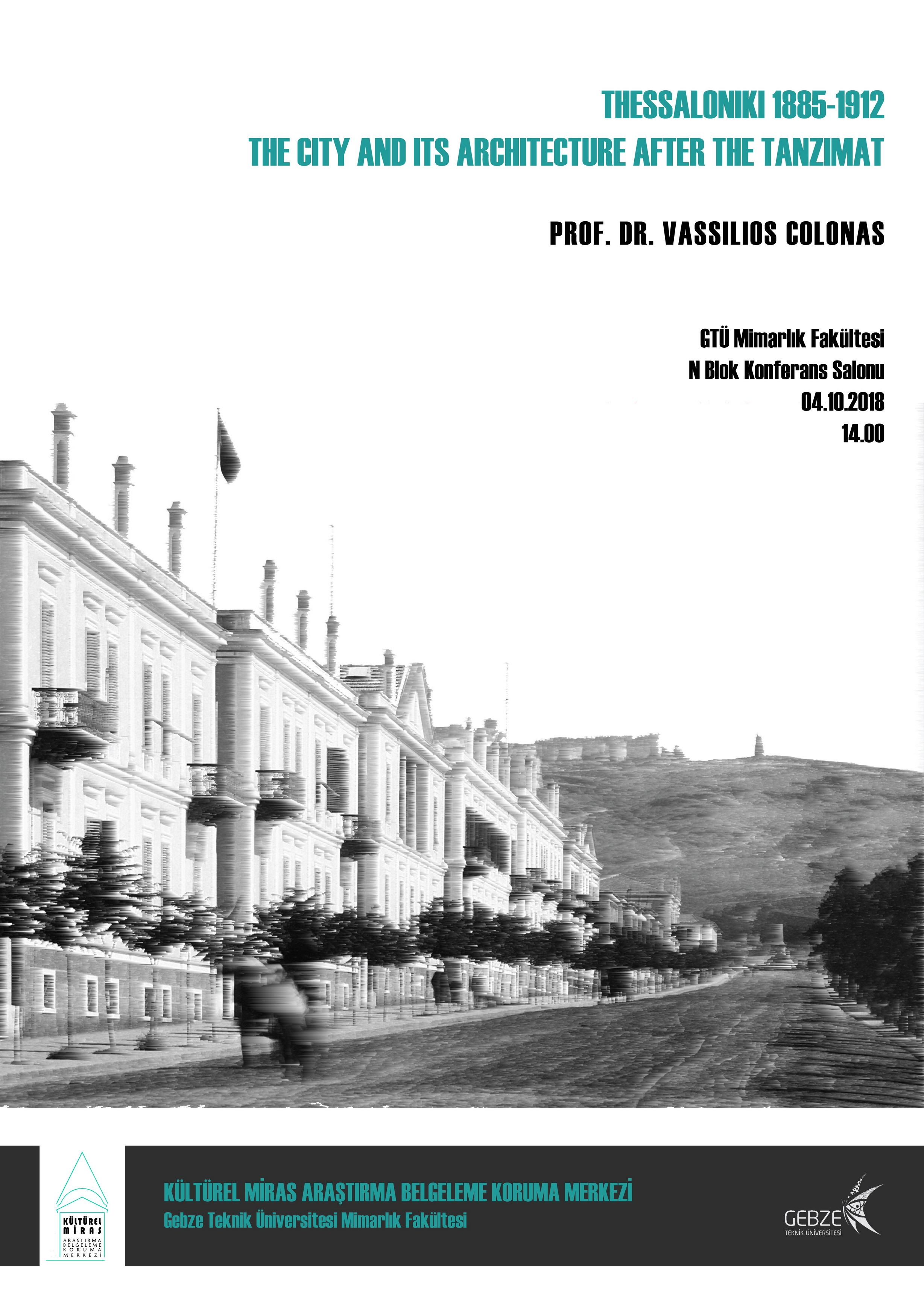